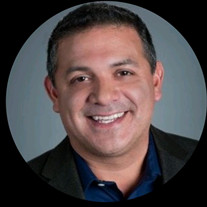 Not sure what to send?

Benjamin "Ben" McKenzie, 45, of Concord, NC, passed away peacefully on May 10, 2022. Ben was born on November 28, 1976 in Jackson, MI. He spent many years growing up in Portage, MI before moving and graduating high school in Tipp City, OH. Being a native of Michigan, he never wavered from GO BLUE, even when surrounded by his “The” Ohio State friends. He began working for Ferguson Enterprises in July, 2000, where he remained employed for 22 years. His position of Operations Manager moved his family from Ohio to Greenville, SC to O’Fallon, MO and finally to Concord, NC in 2011, making many friends along the way. When Ben’s position changed to Project Manager, he enjoyed several years of traveling to different states for work; taking pictures of food and places to post on social media. His primary devotion in life was being a father to his sons. He loved and kept busy with watching his boys play many different sports as they grew up. He loved taking them bowling, to arcades, Carowinds, the beach and to the movies; especially for every Star Wars and Transformer movie released. He was extremely proud of his boy’s accomplishments and loved them dearly. Ben loved so many sports. He was very passionate about his Michigan Football (Go Blue), Detroit Lions, New England Patriots and Tom Brady. Never missing a game. He also enjoyed being part of Fantasy Football teams, Basketball Brackets, watching baseball and attending Nascar races at Charlotte Motor Speedway. Considered a jokester, he lived life to the fullest. He enjoyed hanging out and making his friends laugh, listening to music, playing cornhole, summers at the pool, video games and never knew a stranger. He will be deeply missed by many. Ben is survived by his parents; Peggy Riede Collins of Portage, MI, Keith McKenzie of Burlington, KY and his step-father Scott Collins of Portage, MI; his beloved sons; Brock of Raleigh, NC and Hayden and Jace of Concord, NC; his siblings, Sarah McKenzie of Tallahassee, FL, Angela Reyes and Maria Perez of Mesa, AZ and Tabitha Drengson of Queen Creek, AZ; his former spouse Michelle McKenzie and many aunts, uncles, cousins, nieces, nephews and friends. Visitation will be held on Saturday, May 21, 2022 from 1pm to 3pm at James Funeral Home in Huntersville, NC. Funeral service will start at 3pm. Service will also be streamed on https://www.facebook.com/JamesFuneralHome. A reception to celebrate Ben’s life, will follow at the boy’s home afterwards. Online condolences may be made at www.jamesfuneralhomelkn.com. Or in lieu of flowers, memorial contributions may be made to JDRF (Diabetics Foundation) https://www.jdrf.org.

Benjamin "Ben" McKenzie, 45, of Concord, NC, passed away peacefully on May 10, 2022. Ben was born on November 28, 1976 in Jackson, MI. He spent many years growing up in Portage, MI before moving and graduating high school in Tipp City, OH.... View Obituary & Service Information

The family of Ben McKenzie created this Life Tributes page to make it easy to share your memories.