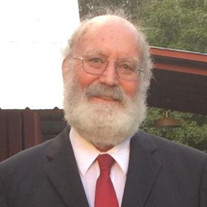 Carl "Buster" T. Huffman, 71, of Huntersville, died January 5, 2022. He was born on June 20, 1950 in Mecklenburg County to the late Henry and Dorothy Huffman. He was a loving husband, father, PawPaw, brother, and uncle who left an impact on everyone that knew him. His passion was his family and his church. He was an example in life to his family in showing that people can grow in Christ and continue to better themselves and everyone around them. He loved taking his granddaughters to church with him where he also served as an Elder and Sunday School teacher at Gilead ARP. Buster was blessed twice in life. The first, when he met Elaine where they grew a family and were able to spend 43 years together. The second time, when he met Pearl. They were only able to spend three short years together but they were incredibly happy to have found each other. He loved his time with his grandchildren and it showed through the smile on his face. He built a playhouse and swing for his grandkids. He loved to push them on that swing and make them squeal with laughter. They were his pride and joy. One of Buster’s hobbies was working outside in the yard and garden. One of his favorites from the garden was a fresh tomato sandwich with Dukes mayo and salt and pepper. He also enjoyed working in his garage where he recently bought a truck to rebuild for him and Pearl. Survivors include his wife Pauline "Pearl" Collins-Huffman; children, Jessica DeBoe (Nathan) of Concord, Chris Huffman (Brooke) of Charlotte, Steven Huffman (Samantha) of Kannapolis, and Michael Huffman (Heather) of McAdenville; siblings, Richard, Dixie and Jane; step-children, Tommy Collins (Cecilia) of Beaufort, SC, Phillip Collins (Barbara) of Cordesville, SC and Billy Collins (Felicia) of St. George, SC; grandchildren, Haley, Lauren, Jase, Theodore and Tucker; step-grandchildren, Sean, Taylor, Tommy, Mia, Drew, Kyle, Hannah, Tanner and Emily; step great-grand children Sophia, Bryant, and Aiden; and many nieces and nephews. His first wife Elaine, preceded him in death. Memorials may be made to St Jude Children’s Research Hospital. A memorials service will be held at 10 AM Saturday, January 8 at Gilead ARP Church. Visitation will follow. James Funeral Home of Huntersville is serving the family.

Carl "Buster" T. Huffman, 71, of Huntersville, died January 5, 2022. He was born on June 20, 1950 in Mecklenburg County to the late Henry and Dorothy Huffman. He was a loving husband, father, PawPaw, brother, and uncle who left an impact on... View Obituary & Service Information

The family of Carl "Buster" Huffman created this Life Tributes page to make it easy to share your memories.

Send flowers to the Huffman family.