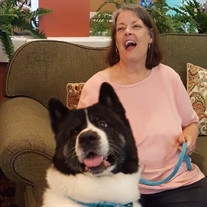 Carol Stone Gage, 67, of Huntersville, died on Thursday, May 13, 2021. She was born on September 24, 1953, in South Carolina, to the late John and Grace Stone. Born to John and Grace Stone as the third of four children, Carol spent a lot of time around her family, prompting one of her wishes to be to have a husband and children of her own one day. Carol graduated from Dreher High School in 1971. She then worked for the South Carolina Department of Mental Health until her marriage. In March of 1988, Carol attended a NASCAR race at Rockingham Speedway with a friend of hers where she was introduced to her future husband Richmond, who worked on one of the teams. The two hit it off and in July they were engaged and then married the following January. Two daughters followed: Alex in October of 1990 and Sarah in February of 1996. Carol enjoyed many hobbies in her lifetime. She was an avid reader, especially stories that took place at the beach in either North or South Carolina. She also loved crafting and to crochet Afghans as well as an award winning cross-stitch artist that she had won ribbons for at the South Carolina State Fair. Music was another one of Carol’s favorite things. Her tastes reached over all spectrums from Richard Wagner to Justin Timberlake. If there was a good song on, you could see Carol dancing and singing to it. If you asked someone to tell you what Carol loved the most, they would probably tell you the beach and the South Carolina Gamecocks. Carol found her escape at the beach. Whether it was watching the waves roll in or picking up seashells, it was always a place where you could find her with a big smile. With growing up in Columbia, South Carolina, Carol was raised an avid South Carolina Gamecock fan and loved to watch their football games in the fall. In addition to her parents, Carol was predeceased by her husband, Richmond. Carol is survived by her daughters, Alexandra Pohlman (Conor) and Sarah Wilson (Chip); granddaughter, Natalie; sister, Rebecca Smith (Roy); and brothers, John Stone (Laura) and Bill Stone (Jana). Loving, funny and giving of spirit, she will always be treasured and in our hearts. The family will be greeting friends on Wednesday, May 26, from 4:00-6:00 PM at James Funeral Home. A memorial service will be held at a later date. In lieu of flowers, memorials may be made to the Ryan Blaney Family Foundation for Alzheimer’s and Dementia research. James Funeral Home, of Huntersville, is serving the family.

Carol Stone Gage, 67, of Huntersville, died on Thursday, May 13, 2021. She was born on September 24, 1953, in South Carolina, to the late John and Grace Stone. Born to John and Grace Stone as the third of four children, Carol spent a lot of... View Obituary & Service Information

The family of Carol Ann Gage created this Life Tributes page to make it easy to share your memories.

Carol Stone Gage, 67, of Huntersville, died on Thursday, May...

Send flowers to the Gage family.