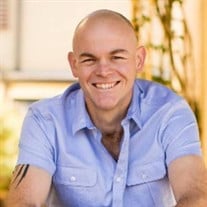 Christopher Raymond Holley, 45, of Huntersville died February 19, 2022 doing what he loved, riding his bike. He was born on December 17, 1976 at Landstuhl Airforce Base in Germany. He was preceded in death by his father, Leroy Richard Holley. Left to cherish Chris’s memory are his beloved wife Corine Rogers, Mother Jean Chipongian (nee Melby); Step-Father Eric Chipongian, brother Karl Holley and sister Jill Chipongian, many Aunts and Uncles, countless cousins, three nieces and his nephew. Chris was on the move from an early age. He lived in Pease AFB,NH; Minneapolis, Las Vegas, and Thousand Oaks, CA where he graduated from Westlake High School while excelling in wrestling, swimming and football. After graduation he ventured to Kentucky where he began a career in IT tackling the threat of Y2K and cabled the local stadium. He attended Moorpark College and Fresno City College to further his IT interest. Chris later ventured out on his own, opening EC Technologies providing IT services to many San Diego small businesses. San Diego became home for 17 years. He eventually began working for QUEST Software where he became Inside Sales Engineer. This role brought him multiple awards and accolades and recently made President’s Club for his outstanding contributions. Outside of work Chris was an endurance athlete, triathlon enthusiast, adult swim coach, mentor and friend to the triathlon community from the west coast to the east coast. As a 4-time Ironman finisher he embodied grit, dedication and perseverance in their truest form. He inspired so many along his health journey as he transformed his life and dedicated himself to his goals. Chris was a contributing author in Silver Linings Playbook, member of TriClub of San Diego and volunteer captain at several triathlon races. Chris and his wife had recently relocated to Huntersville, NC where they grew their family with the addition of Marty and Biff, their two dogs with whom he had many hours of joy playing fetch, visiting local dog parks, hiking and exploring local waterfalls and rivers. Memorials may be made to Tri Club of San Diego A memorial service will be held at 4 PM Thursday, February 24 at James Funeral Home. Visitation will follow the service. James Funeral Home of Huntersville is serving the family.

Christopher Raymond Holley, 45, of Huntersville died February 19, 2022 doing what he loved, riding his bike. He was born on December 17, 1976 at Landstuhl Airforce Base in Germany. He was preceded in death by his father, Leroy Richard Holley.... View Obituary & Service Information

The family of Christopher Holley created this Life Tributes page to make it easy to share your memories.

Send flowers to the Holley family.