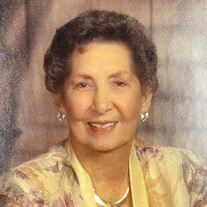 Constance “Jackie” Turton Oehler, 91, of Charlotte died February 12, 2021 surrounded by those she loved. She was born on October 18, 1929 in Spring Lake, NC. She was a graduate of Derita High School, 1947. She married Jay Mack Oehler in 1949 and together they planned many high school reunions. They were married for 63 years. She was a member of the Mallard Creek Presbyterian Church where she served the Lord. She was the first woman to be elected as deacon at the church. She taught children’s Sunday School for approximately 39 years. The church created a children’s library in her honor, of which she was very proud. She is preceded in death by her father William U. Turton; mother, Annie Brooks Turton; husband Jay Mack; son, Carl; brother, Bill Turton; sisters, Margie Proctor and Patsy Blackwood. She is survived by children Mike (Alice), Larry (Lisa), Connie Oehler Klein (Don); granddaughter, Angie Oehler Wilson whom she and Jay Mack raised; sister, Doris Nunn (Jim); grandchildren, Jason (Holly), Ben (Erin), Joshua (Lauren), Ryan (Whitney), Alayna (Jamie); half brother, Glen Turton; and 8 great-grandchildren. A private graveside will be held for immediate family. A memorial service will be set for a later date. A special thanks for the care given by Dr. Scott Moss and staff, Hospice of Lake Norman, and the Laurels at Highland Creek. Memorials may be made to the Mallard Creek Presbyterian Church Building Fund, 1600 Mallard Creek Church Road West, Charlotte, NC 28262 or Hospice of Lake Norman, 705 Griffith St. Suite 203, Davidson, NC 28036. James Funeral Home of Huntersville is serving the family. www.jamesfuneralhomeLKN.com

The family of Constance "Jackie" Oehler created this Life Tributes page to make it easy to share your memories.

Send flowers to the Oehler family.