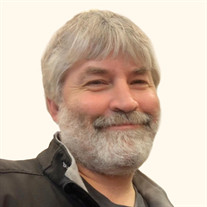 Daniel Scott Camp, 50, of Huntersville, N.C., died August 17, 2021, from complications caused by COVID-19. He was born on May 18, 1971 in Fairfax, VA, to the late George Hayward Camp III and Ruth Suzanne Adams Camp. He is survived by his wife, Jacquie Camp, son Zachary Scott, daughter Samantha Danielle, brother Stephen E Camp and wife Allison Camp, brother George Hayward Camp IV, nephews -Ryan William Camp and Tyler James Camp, father in law Shannon T. Hall, sister in law April Goodman, nephews - Sawyer Brown, Garrett Brown, and Dawson Brown, sister in law Cherry Ann Hall nieces -Riley Serrett and Raechel Jones nephews - Isaac Fulks and Noah Fulks. He is predeceased by his parents George and Suzanne, and his Brother Christopher Adams Camp. He was a devoted Husband, a loving and supportive Father and a cherished Brother, Brother in law, Son in Law, and Uncle. He was devoted and supportive of his daughter when she cheered with One United Cheerleading organization. He encouraged and worked with his son Zach on many detailed projects with electronics. He enjoyed a close relationship filled with comradery and never ending humor with all of his family members. He collected and loved a menagerie of pets. He was forever tinkering with cars, motorcycles and all manner of mechanical devices with great results and how he decided he wanted his career to be in auto mechanics. Danny was so happy when he found his home at Christian Brothers Automotive. There are no words to describe how much Danny will be missed, or how much dimmer the world will be without his light. A celebration of life service will be planned for a later date.

Daniel Scott Camp, 50, of Huntersville, N.C., died August 17, 2021, from complications caused by COVID-19. He was born on May 18, 1971 in Fairfax, VA, to the late George Hayward Camp III and Ruth Suzanne Adams Camp. He is survived by his... View Obituary & Service Information

The family of Daniel Camp created this Life Tributes page to make it easy to share your memories.

Send flowers to the Camp family.