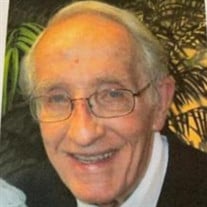 Danny Austin McRight, 81, of Davidson, NC died on October 19, 2021. Dan was born to the late Rev. Daniel Austin and Lillian Lorene McRight in Sheffield, AL. on June 26, 1940. Dan graduated from Franklin County High School in Rocky Mount, VA. in 1958, and Davidson College in 1962. He did graduate studies at The University of Glasgow (Scotland), Vanderbilt University, Emory University, and Columbia Theological Seminary where his received a M. Div., in 1972. While at Davidson he was a Dana and a Belk scholar and served as President of the Westminster Fellowship. In 1966 Dan was ordained for ministry by Mecklenburg Presbytery then served in several Presbyterian Churches in the South. His career focus was that of training hospital chaplains through the Association for Clinical Pastoral Education. Dan served in Atlanta, Tampa, Miami, and Nashville. This training was provided to pastors and students of many faith groups. In addition, he was active in the American Association for Marriage and Family Therapy. Dan is survived by his wife, Dr. Rebecca R. Fewell of Davidson, NC., his sons, William A. McRight of Los Angeles, CA., and Robert A.O. McRight, of Orlando, FL., stepsons, S. Mark DuBose of Pensacola, FL., and Philip A. DuBose, of Spring Hill, TN., and step-grandsons, Brooks A. DuBose of Cleveland, TN., and Brennan E. DuBose of Memphis, TN. In lieu of flowers donations can be made to the Chaplaincy Fund at The Pines at Davidson, 400 Avinger La, Davidson, NC 28036, or to Davidson College, 405 N. Main St., Davidson, NC 28035. A Celebration of Dan’s life of service will be held at Davidson College Presbyterian Church at a later date.

The family of Rev. Danny McRight created this Life Tributes page to make it easy to share your memories.

Send flowers to the McRight family.