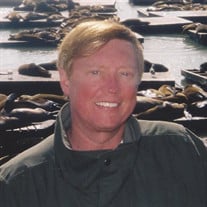 Dwight Charles Moody, 70, of Charlotte passed away peacefully on December 29, 2020 at his home after a long illness. He was born on January 21, 1950 in Charleston, SC to the late Elrid M. and Evelyn B. Moody. Dwight grew up in Beaufort, SC with a great fondness for those years and his hometown, returning in his later years to buy property located on St. Helena Island that he called Serenity. Dwight was a 1968 graduate of Beaufort High School and a 1972 graduate of the University of South Carolina with a Bachelor’s degree in Finance. He also was a graduate of the University of Michigan School of Public Finance and Stonier Graduate School of Banking at Rutgers University. Dwight founded the first bank affiliated brokerage firm in 1983 and was President of Florida National Investment Services in Jacksonville, FL. Subsequently, he became President of First Union Brokerage Services in 1987. Dwight retired in 2007 as President of Wachovia Securities Investment Services in Charlotte, NC after 35 years in the financial industry. The positive impact he made and the leadership he provided throughout his successful career was felt far and wide. Dwight received numerous awards for his contributions to the securities industry, and was particularly honored to receive the Lifetime Achievement Award from the Bank Investment Securities Association. Dwight had a passion for fishing and it occupied much of his spare time, with many tall tales told about his fishing exploits. He also enjoyed playing chess, traveling, and attending games of his favorite teams: the Gamecocks, Panthers, Hornets and Braves. Dwight was a devoted member of the St. Mark Catholic Church in Huntersville. His main passion, however, was spending time with his friends and family. Dwight was a beloved father, a loyal brother and a caring friend. Survivors include his son Brett Moody of Charlotte; son Jason Moody and granddaughter Mila Moody of Charlotte; daughter, Stefanie Shandley and husband Will of Charlotte; and brother, Richard Moody and wife Patrice of Beaufort, SC. Memorials may be made to the Leukemia & Lymphoma Society at 3 International Drive, Suite 200, Rye Brook, New York, 10573. A funeral service will be held at 11 AM Tuesday, January 5, 2021 at St. Mark Catholic Church at 14740 Stumptown Road, Huntersville NC. Visitation will be 10-11 AM prior to the service at the church. Burial will follow at Northlake Memorial Gardens. James Funeral Home of Huntersville is serving the family. www.jamesfuneralhomeLKN.com.

Dwight Charles Moody, 70, of Charlotte passed away peacefully on December 29, 2020 at his home after a long illness. He was born on January 21, 1950 in Charleston, SC to the late Elrid M. and Evelyn B. Moody. Dwight grew up in Beaufort, SC... View Obituary & Service Information

The family of Dwight Moody created this Life Tributes page to make it easy to share your memories.

Send flowers to the Moody family.