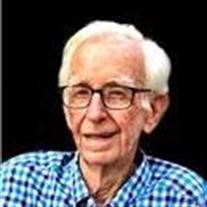 Huntersville- Earl Franklin Phillips, 93, passed away peacefully on July 5, 2021. He was preceded in death by his wife of 65 years, Wanda Waters Phillips. Earl spent his childhood years in Taylors Creek, Georgia in Liberty County and passionately shared stories about life on the farm and life in the village. In 1941, his family moved to Hinesville where he resided for the remainder of his life. He was a faithful member of Hinesville First United Methodist Church where he attended the A.G. Overman Men's Bible Class and served the church he loved in many capacities. After graduating from North Georgia College in Dahlonega in 1950, Earl was called to active duty in 1951 and served honorably as a First Lieutenant in the United States Army Reserve during the Korean War. For his service, he earned the Combat Infantry Badge. After being discharged from active duty in 1953, he continued to serve as a Captain in the United States Army Reserves until 1969. Earl began his career in the independent telephone business in 1957 at Coastal Utilities, Incorporated in Hinesville, Georgia and retired in 1999 after serving as the General Manager for 27 years. He was active in the Lions Club, the Independent Telephone Pioneers Association and represented Liberty County for the Coastal Soil & Water Conservation District. After retiring, he enjoyed time on his farm and most of all, time spent with his four grandsons. Surviving are his daughter, Jane Oberti (Edward); grandsons, Anthony, Michael, Jonathan and Daniel Oberti; sister, Betty Phillips Sweatt of Alabama, and many nieces and nephews. Earl is remembered as a soft spoken, humble man of integrity who loved with his whole heart. Funeral services will begin at 11:00 a.m. on Friday, July 9 at Hinesville First United Methodist Church. The family will receive friends for one hour prior to the service. Burial with Military Honors will follow in The Hinesville Cemetery. Serving as pallbearers will be Earl's four grandsons, brother-in-law, Jimmy Driggers and special nephew, Joseph Eason. Remembrances may be sent to Hinesville First United Methodist Church, 203 North Main Street, Hinesville, GA 31313 or to Hinesville Cemetery Trustees, 406 Quail Trail, Hinesville, GA 31313. The family would like to express their appreciation to the wonderful caregivers that assisted with Earl's care. James Funeral Home served the family locally.

Huntersville- Earl Franklin Phillips, 93, passed away peacefully on July 5, 2021. He was preceded in death by his wife of 65 years, Wanda Waters Phillips. Earl spent his childhood years in Taylors Creek, Georgia in Liberty County and passionately... View Obituary & Service Information

The family of Earl Phillips created this Life Tributes page to make it easy to share your memories.

Send flowers to the Phillips family.