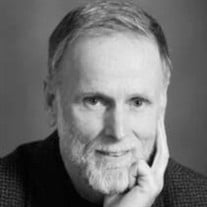 Davidson - Jeffrey F. Meyer, professor of religious studies, emeritus, at UNC Charlotte, died at home on December 17, 2020, at the age of 82. He was born on September 5, 1938, to Elsa and Walter Meyer of Cincinnati, Ohio. After high school, Jeff earned a B.A. in philosophy at the Franciscan Monastery at Duns Scotus College and an M.A. in English literature from the University of Dayton. He then pursued graduate studies in the History of Religions at the University of Chicago where he received both the M.A. and Ph.D. It was at the University of Chicago that Jeff developed his passion for Chinese religion, culture, and languages. He taught Asian religions, and his studies focused on Daoism and Buddhism, which required proficiency in both ancient and modern Chinese. He spent a year in Taiwan to immerse himself in the language and culture. Jeff came to UNC Charlotte in 1973 where he taught for 35 years. He served as chairperson of the Religious Studies Department from 1992 to 1998. He was chosen as International Faculty Person of the Year for 2005-2006 and was awarded several Fulbright Scholarships for research and travel abroad. Jeff taught for a year as an exchange professor at Kingston University in London and for a semester at Beijing Normal University. A former chairperson of his department said "Jeff was the epitome of an outstanding professor: a master teacher, a nationally recognized scholar, and a colleague who made major contributions to the development of international studies at the University." Jeff found his spiritual home with the Charlotte Friends Meeting (Quakers), where he was a member for 40 years and served in many capacities. An amateur naturalist, Jeff combined love and awe of nature with study of it for many years. He enjoyed thinking about the relationship between science and religion, and found no conflict between the two. Even more than a teacher, he was a lifelong student, took time to learn about what he was curious about, and often changed his mind and life because of what he learned. Throughout his life Jeff supported many humanitarian and environmental causes. He volunteered at the Crisis Assistance Ministry, Room in the Inn, Urban Ministry, Friendship Trays, and Habitat for Humanity. In retirement, he continued to enjoy art, music, travel, reading, gardening, drawing, and writing novels. His first novel, A Call to China (2016), won the IBPA Benjamin Franklin Silver Award for excellence and his second novel, Crooked Lines (2020), was just published. Jeff is survived by his wife of 38 years, Catherine Mowry; children Joel, Jonathan, and Julia; and sister Linda Sedgwick and their families. Loved by many, he will be remembered as a careful and loving listener, and a truly kind and gentle man. He lived by the following verse written by the poet Mary Oliver, which he always kept with him: Let me keep my mind on what matters which is my work which is mostly standing still and learning to be astonished. The family wishes to thank all of the caring healthcare professionals who attended Jeff, especially Sherri Bentley who was Jeff's nurse for years, and his pulmonologist Dr. Richard Pomerantz. Memorial donations may be made to Charlotte Friends Meeting at PO Box 561793, Charlotte, North Carolina 28256, or UNC Charlotte Botanical Gardens. A celebration of Jeffrey's wonderful life will be held at a later date.

Davidson - Jeffrey F. Meyer, professor of religious studies, emeritus, at UNC Charlotte, died at home on December 17, 2020, at the age of 82. He was born on September 5, 1938, to Elsa and Walter Meyer of Cincinnati, Ohio. After high school,... View Obituary & Service Information

The family of Jeffrey Meyer created this Life Tributes page to make it easy to share your memories.