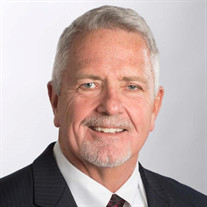 Mr. Jeffrey Allen Reinhart, 67, of Charlotte, passed on to glory on Thursday, January 20, 2022. Jeff was a native of Cheektowaga, NY, and a graduate of Maryvale High School. He graduated from Naval Academy in 1977 and went on to serve in the Navy on the USS Haddo, SSN-604 and the USS City of Corpus Christi, SSN 704. Jeff then served his final two-years as an Instructor and Division Director of Reactor Principles at the Navy’s Nuclear Power School. In 1985, Jeff went to work for the Institute of Nuclear Power Operations (INPO), serving to uphold standards of excellence for the U.S. commercial nuclear power industry for over 23 years. He then went on to work for Omaha Public Power District as the site VP of Fort Calhoun NPS in 2008 and finally moved to Charlotte, NC to work for Duke Energy as VP of Nuclear Oversight and Safety in 2012. Though he had traveled the world throughout his career, Jeff & Stephanie toured Israel in 2017 and the experience fully anchored Jeff’s faith in Jesus, the promised Messiah, his Lord and Savior. Retiring in March of 2018, Jeff enjoyed spending time in the sun and on the water, mentoring young men, and volunteering. Jeff was preceded in death by his parents, Allen and Virginia Reinhart, his first wife Lori Reinhart and older brother, Eric Reinhart. Jeff is survived by his wife of 18 years, Stephanie Reinhart and their children; Evan Reinhart (Roberta Sears) of Jacksonville, FL, Elizabeth McGill (Michael) of Fuquay-Varina, NC, John Shuford (Katie) of Woodstock, GA, Daniel Gould of Cartersville, GA, Jeffrey Reinhart of Charlotte, NC, and Christopher Gould of Charlotte, NC, grandchildren; Phineas Reinhart and Wesley Shuford, brothers; Randy Reinhart (Christine Pearson) of Scottsdale, AZ and Douglas Reinhart (Lisa Cowan) of Mammoth Lakes, CA and aunts; Peggy Gresham & Jackie Sayles of Newburg, MD, and nieces and nephew. Jeff’s memorial service will be held at 2:00 p.m., Saturday, January 29, at Antioch International Church, 453 Glynwood Forest Dr., Fort Mill, SC 29715. A catered reception and time for sharing memories of Jeff will follow the service. To watch the service livestream, please go to this link at http://aicchurch.com/ Online condolences may be made at www.jamesfuneralhomelkn.com. James Funeral Home of Lake Norman, 10520 Arahova Dr., Huntersville, NC 28078 will be receiving flowers for Jeff’s memorial service. James Funeral Home, of Huntersville, is serving the family and obituary lovingly written by the family.

Mr. Jeffrey Allen Reinhart, 67, of Charlotte, passed on to glory on Thursday, January 20, 2022. Jeff was a native of Cheektowaga, NY, and a graduate of Maryvale High School. He graduated from Naval Academy in 1977 and went on to serve in the... View Obituary & Service Information

The family of Jeffrey Reinhart created this Life Tributes page to make it easy to share your memories.

Mr. Jeffrey Allen Reinhart, 67, of Charlotte, passed on to glory...

Send flowers to the Reinhart family.