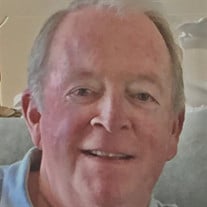 Jerry Lamont Theimer, 73 of Denver, NC passed away on March 5, 2021 at his home. He was born in Charlotte on August 25, 1947 to the late Lawrence (Doc) and Luella (Lu) Theimer. Survivors include his wife Genie Theimer; daughter Jenifer Pilkington (Bryan, Sr.) of Magnolia, TX; sons, Jerry, Jr. (Cherie) of Dunedin, FL and Michael (Kally) of Denver, NC; grandchildren, Bryan Pilkington, Jr; Addison Theimer and Rivers Theimer. Jerry attended Concordia College in Bronxville, NY, a pre-theological school, and served in National Guard for six years. In 1967 he began working with his father at Piedmont Theatres – Multi-Cinema LTD, a business partnership that his father, helped create from the ground up after WWII. The business consisted of owning and operating drive-in and in-door movie theatres. Jerry became president in 1975 and at the company’s peak, Multi-Cinema owned forty-four locations in NC, SC, VA, the largest in southeast. From 1983 to 1990 Jerry served on the board of the National Association of Theatre Owners, was President of Theatre Owners of NC and SC (1983-1984), and on the board of the VA Theatre Owners (1983-1990). In 1997 Jerry married Genie, his wife of 24 years, at their home on Lake Norman. In 2005 Jerry and Genie partnered and joined Consolidated Planning in Charlotte, where they helped families verbalize their future goals and implement retirement strategies which are being fulfilled today. Jerry loved to play golf with his friends and was a member of Myers Park Country Club for over three decades. His most enjoyable time was on Fridays at 1:00 when he teed off with a foursome he played with for 30+ years – lies were told, truths were fabricated, money changed hands, tempers flared, clubs were thrown – all in the name of “golf”. He loved all sports and was a PSL/season ticket owner of the Carolina Panthers. He spent many Sundays tailgating and attending the games. He was a avid fan of the Atlanta Braves and University of VA sports. He loved cooking, entertaining and endless sunset cruises with family and friends. Jerry loved listening to a wide range of music on the deck, but if he had to pick, ACDC was his favorite. He loved spending time with his grandchildren – bedtime stories, ice cream parlors, homework, long conversations, sports stats. Jerry had a quick wit and a great sense of humor. He was kind, caring and eternally optimistic, making everyone around him love him. He lived an incredible life, creating many happy memories that we will forever cherish. In lieu of flowers, please send memorials to Michael J Fox Foundation for Parkinson's Research. https://www.michaeljfox.org/ Or American Heart Association. https://www.heart.org/en A private memorial service for family only will be held at Unity Presbyterian Church, March 20, 2021 at 2:00. The link to live stream the service is: https://www.unitypres.org/connect/live-streaming/ All family and friends are invited to Jerry and Genie’s home March 20, 4:00 pm; 2800 Backwoods Trl. Denver NC 28037. Please wear a mask. James Funeral Home of Huntersville, NC is serving the family.

Jerry Lamont Theimer, 73 of Denver, NC passed away on March 5, 2021 at his home. He was born in Charlotte on August 25, 1947 to the late Lawrence (Doc) and Luella (Lu) Theimer. Survivors include his wife Genie Theimer; daughter Jenifer Pilkington... View Obituary & Service Information

The family of Jerry Theimer created this Life Tributes page to make it easy to share your memories.

Send flowers to the Theimer family.