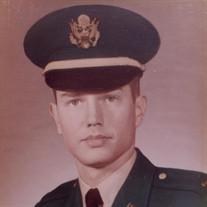 John Robert Zimmerman, 79, of Davidson, North Carolina passed away on Sunday, June 6, 2021 due to complications caused by a stroke suffered in early May. Bob grew up in Greensburg, Pennsylvania before moving to Harrisburg, Pennsylvania for his last year of High School. He went on to Bucknell University where he received a Bachelor of Science degree in Business Administration. While in college, Bob was a member of the ROTC and joined the United States Army as a 2nd Lieutenant after graduation. He served honorably in the Army from 1965 to 1967 with the 121st Signal Battalion in the 1st Infantry Division setting up communications. He was promoted to 1st lieutenant and was awarded an Army Commendation Medal as well as a Bronze Star both for Meritorious Service while deployed to Vietnam. Bob worked for 27 years at Wachovia (formerly First Union) before retiring as a Vice President of Information Technology. He provided leadership in the design, development, and maintenance of the Automated Teller Machine and Customer Notification Systems. He and his team facilitated the growth of First Union from a $3 billion regional bank to the 4th largest bank holding company in the country with over $400 billion in assets. Bob enjoyed fishing, traveling, and spending time with his family. He was an incredible father, brother, husband, and friend who will be sorely missed. Preceding Bob in death are his parents, John Harvey and Evelyn Amelia Zimmerman as well as his wife of over 51 years, Mary Ann. He is survived by his son Bryan, his daughter Deborah, his grandchildren Grant, Andrew, and Ava, his sister Sandra, and many much loved nieces and nephews. The services in North Carolina will begin with a public viewing at 10 AM on Thursday, June 10, 2021 at James Funeral Home in Huntersville, North Carolina followed by a funeral service at 11 AM and a catered reception also at James Funeral Home. Interment will be in Parklawns Memorial Gardens & Mausoleum in Chambersburg, Pennsylvania.

John Robert Zimmerman, 79, of Davidson, North Carolina passed away on Sunday, June 6, 2021 due to complications caused by a stroke suffered in early May. Bob grew up in Greensburg, Pennsylvania before moving to Harrisburg, Pennsylvania for... View Obituary & Service Information

The family of John Zimmerman created this Life Tributes page to make it easy to share your memories.

Send flowers to the Zimmerman family.