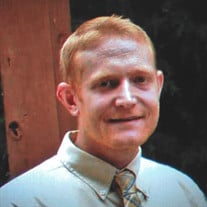 Kenneth David Graham (Kenny), age 35, passed away Monday, February 21, 2022. Kenny was born September 4, 1986, in Charlotte, North Carolina. He attended Charlotte-Mecklenburg Schools and graduated in 2005 from Central Cabarrus High School (Cabarrus County). He is a graduate of North Carolina State University with a Bachelor of Arts in Business Administration and Finance in 2009. He was a recipient of the Charlotte Rotary Scholarship. He also earned his accounting degree at Central Piedmont Community College in 2020. Growing up centered around family, friends, school, church, scouts, and sports. Kenny was athletic, and he played baseball and soccer with the Steele Creek Athletic Association. He played soccer for his middle and high school teams, and the Charlotte United Futbol Soccer Club. Kenny was a member of Boy Scout Troop 45 at Central Steele Creek Presbyterian Church. He enjoyed all aspects of scouting, especially camping in all seasons and weather. He enjoyed the scouting trips to the Florida Keys and the Bahamas sailing while fishing and catching lobsters. He advanced his way through the scouting program from Tiger Cubs to Eagle Scout. His love of traveling began in Scouts, and later, he traveled through Europe, the Chez Republic, the Bahamas, and Costa Rica. Kenny continued his love of soccer, playing with an adult indoor soccer league in Charlotte. Kenny enjoyed fishing, especially at the family’s North Carolina beach home and could spend hours on the pier, canals, or surf. He enjoyed reading James Patterson novels and had a special artistic talent and shared his many drawings with family and friends. Kenny loved the outdoors and enjoyed white water rafting, ziplining, parasailing, and hiking. Growing up, Kenny enjoyed caring for the family pets continuing as an adult with exotic fish and animals. Kenny was most recently employed by Doctors Hospital in Augusta, Georgia. He was formerly a computer and research analyst with the US ISS Agency, LLC in Huntersville, North Carolina. Kenny is preceded in death by his grandparents, David L. (Sr.), and Kathryn Graham; grandmother, Mary Jones Graham; and grandparents Kenneth and Martha McConnell. He is survived by his loving family including his parents, David L. (Jr.), and Becky McConnell Graham of Harrisburg: his sister, Gina Bramlett and her husband, Eric, of Harrisburg, and brother Carey Graham and his wife Miranda of Mt. Pleasant, North Carolina, and three nieces and nephews, Mia Graham, and Braxton and Sawyer Bramlett; and his fiancée, Lilly N. Joseph of Augusta, Georgia. Funeral Services will be at 11:00 a.m., Friday, March 4, 2022, at James Funeral Home 10520, Arahova Drive in Huntersville, North Carolina 28278 with Reverend Daren McGrew officiating. The family will receive friends from 10:00 a.m. to 11:00 a.m. before the service. Interment will be private at a later date. Among Kenny's many accomplishments in his short life, he was most proud of earning his Eagle Scout Award. In lieu of flowers, please consider sending memorials in Kenny's memory to Boy Scout Troop 45, c/o Central Steele Creek Presbyterian Church, 9401 South Tryon Street, Charlotte, North Carolina 28273. James Funeral Home of Huntersville, North Carolina is assisting the family. Online condolences may be made at www.jamesfuneralhomelkn.com.

The family of Kenneth Graham created this Life Tributes page to make it easy to share your memories.

Send flowers to the Graham family.