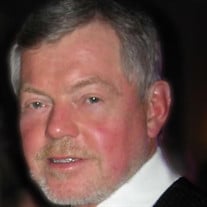 Leonard Robert (Len) Burke of Huntersville, North Carolina, passed away on January 27, 2021 at the age of 76 after a courageous battle with COVID-19. Len will be missed dearly by his children Neil (Kristin) and Kim (Ittetsu Nasuda), whom he shared with former spouse, Mary Burke. He also leaves two grandchildren; Madison and Morgan, daughters to Neil and Kristin. His five siblings Thomas Burke (Mary), James Burke, John (Kevin) Burke (Ann), Marilyn Burke, and Patty Burke (Vickie). He is preceded in death by his mother, Lottie Burke and his father, Thomas Burke. In addition, Len will be missed by an extended family of nieces, nephews, and cherished cousins. He was born in Webster, Massachusetts on December 3rd, 1944. He attended Webster Public Schools and graduated from Barlett High School in 1962. He earned a bachelor’s degree in Polymer Engineering from Lowell Technological Institute (now UMass-Lowell) in Lowell, Massachusetts, graduating in 1967. He was drafted during the Vietnam War defense effort into the US Naval Construction Battalions Navy (NAVY Seabees) in 1968 where he served for over two years in Puerto Rico and Cuba. Len enjoyed a career that spanned over 40 years working as a polymer engineer travelling extensively throughout the United States as well as internationally. He enjoyed living and working in various locales throughout the U.S. early in his career. While Rockford, Illinois became his adopted midwestern residence for 25 years, he truly felt like he was home working and visiting friends and family throughout New England whenever he could. He spent 14 years as the Vice President of Product and Sales at Endex International before retiring in 2010. He was an active member of the Society of Plastics Engineers (SPE) and was recognized for an exceptional conference paper on polymer engineering research during the Annual SPE Conference in San Francisco, 1982. He leveraged an early interest in science into an unsurpassed zeal of the chemical and plastics engineering industry, sports cars, amongst other interests. His sharp mind could instantly recall chemical properties of different polymers and their applications. Len also dedicated his time to teaching his family to share his love and appreciation of nature, conservation, and wildlife. He found time to enjoy the simple things and always stressed the importance of daily outdoor recreation. Some of his most cherished memories included visits to state and national parks with his family, hiking the White Mountains of New Hampshire with his siblings and cousin, Joe Kolakowski, and discovering new places. An avid runner into his mid-60s, he liked to brave the elements and encouraged his entire family to push themselves through physical challenges often repeating the phrase during a challenging hike to the top of a mountain summit “Press on Regardless.” A devoted family man, Len routinely attended their games and school events, and enjoyed visits while they were away at college. Len also made great sacrifices for his family, travelling by car to a small town in Michigan each week for 6 years and returning home each weekend to see his wife and kids in Rockford, Illinois. His creativity and youthful humor kept his family amused for years as he was always showing them a new gadget or explaining the intricate details of a concept that he had recently read about. His vast geographical knowledge of parts of North America and strong memory allowed him to plan various car trips throughout North America based on just an atlas and his memory. He moved to Huntersville, NC in 2013 to be close to his son Neil’s family. His granddaughters Madison and Morgan loved his youthful exuberance and called him “grandpa cabbage” because he was always bringing fresh vegetables to have them try. He enjoyed being a grandfather and showing his humor and love to his wonderful granddaughters. Of all his interests, one of his greatest pleasure was simply being in the company of family members where he felt true camaraderie, understanding, and love. He will be missed by many. His family expresses their sincere gratitude to the care and guidance of Dr. Amy Burke, Dr. Sean Whelton, Kimberly Burke, and the Doctors and Nurses at Atrium’s Health Carolina Medical Center in Charlotte, NC. A funeral will be held on Monday, March 8th, 2021 at 2pm at the Salisbury National Cemetery for Military Veterans in North Carolina. The service will be livestreamed through the James Funeral Home Facebook page. In lieu of flowers, the family requests that a donation be made to the Appalachian Mountain Club, 10 City Square, Boston, MA 02129 or via their website at www.outdoors.org/honor-memorial-gift or your local food bank in his memory.

Leonard Robert (Len) Burke of Huntersville, North Carolina, passed away on January 27, 2021 at the age of 76 after a courageous battle with COVID-19. Len will be missed dearly by his children Neil (Kristin) and Kim (Ittetsu Nasuda), whom he... View Obituary & Service Information

The family of Leonard Burke created this Life Tributes page to make it easy to share your memories.

Send flowers to the Burke family.