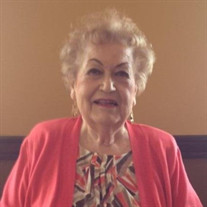 Marion M. Beneke age 92 passed away at the Levine & Dickson Hospice House on June 26 2021 after a courageous battle with cancer. Marion had a true fighting spirit, surviving cancer three times previously along with many other serious health conditions. Marion was born on July 13, 1928 in Milwaukee, Wisconsin, to her parents Jerome W. Breska and Sophie M. Breska. She had one brother, Jerome Breska (passed away Feb 12, 1999). The family moved to Kentucky when she was still young and then relocated to Queens Village, NY where she attended school and met her one true love Albert C. Beneke Jr. Albert and Marion wed on June 11, 1949 and resided in Wantagh, NY with their 3 children, Daughter Diane J. Smalanskas (passed away Feb 3, 2019) survived by son in-law Walter Smalanskas who resides in Binghamton NY. Son Craig A. Beneke, residing in Dallas, TX. Daughter Christine A. Leahy, married to Stephen J. Leahy residing in Huntersville NC. Marion has two grandchildren from Craig, Catherine L. Beneke and Caroline L. Beneke. While living in Queens Village, Marion was working in New York City at Macy’s. Marion then pursued a career working in Property and Casualty Insurance on Long Island. Marion and Albert had many fun times together when they were courting, they went dancing at the Copacabana Night Club in NYC on several occasions. They also spent time with friends to go bowling and she even dressed up for those nights out on the town. Marion enjoyed visiting Jones Beach on Sundays with the family and also trips out to Noyack where they vacationed often. She cherished their home in Wantagh while raising three children with their dog Brandy and cat Gwendolyn. Marion and Albert moved to Dallas TX near Craig and other family members, where she continued her insurance career working until Albert’s passing in 1990. She then moved to Upstate NY (Norwich) in 1991 to be near her daughters Christine and Diane until 2016. While living in Norwich she worked for Walter Rogers Insurance, NYCM Insurance and concluding her career with NBT Bank until she finally retired at 85 years old. In 2016 she moved with Christine and Steve to Wilmington NC near her son Craig. In 2017 she moved again to Charlotte NC along with Christine and Steve and resided in Independent/Assisted living communities. All throughout her life, Marion loved fashion and this passion grew larger as she matured. She admired her beautiful clothing, perfume, fancy shoes, matching jewelry along with her large collection of fashionable sunglasses. She loved having her nails done with matching colors for all of her outfits. She thoroughly enjoyed taking trips to the stores with her daughters and spending time with the family. She also loved to eat out at various restaurants enjoying her favorite foods where she could dress for the occasion. Marion had a cat named Ming (a black lynx who turns 18 in August) who lived with her for over 12 years and now resides with Christine and Steve. Ming will always be her sweetheart as she often called him. Marion touched many lives with her kindness, good sense of humor and passion for life. Marion will be remembered at a ceremony at St. Charles Cemetery in Farmingdale NY where she will be laid to rest with her husband Albert on July 23, 2021 at 11am.

Marion M. Beneke age 92 passed away at the Levine & Dickson Hospice House on June 26 2021 after a courageous battle with cancer. Marion had a true fighting spirit, surviving cancer three times previously along with many other serious health... View Obituary & Service Information

The family of Marion Beneke created this Life Tributes page to make it easy to share your memories.

Send flowers to the Beneke family.