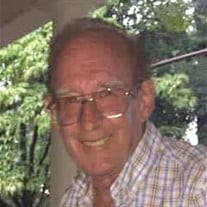 Mr. Michael Alan Churchyard, 79, of Cornelius, passed away Tuesday May 3, 2022. Mike was a native of London, England and moved to North Carolina for retirement in 2008. Mike’s career began when he apprenticed as a shipwright in Her Majesty’s Naval Dockyard, Portsmouth. He then spent his forty-year career in the Ministry of Defence. He volunteered for the British Red Cross for over 30 years, receiving numerous medals and commendations. Upon his retirement to North Carolina, he enjoyed boating on Lake Norman, spending time with his grandchildren and numerous friends. He was preceded in death by his parents, Eric and Ivy Churchyard, and his sister Sandra. Mr. Churchyard is survived by his sons; Paul Churchyard of Frederick, MD, and his two children, Emma and Rowan, Mark Churchyard of Trowbridge, England his wife Claire, and their children, Alex and Owen; brother John of Boston, England, and many loving cousins, nieces, nephews and friends. Per his wishes no services will be held, instead Mike requested you raise a pint in his memory. In lieu of flowers, memorial contributions may be made to the British Red Cross, through Mike’s Just Giving page https://www.justgiving.com/fundraising/mike-churchyard?utm_source=Twitter&utm_medium=fundraising&utm_content=mike-churchyard&utm_campaign=pfp-tweet&utm_term=556165a7cef045bda9d6dffa6bc0f59f Mailing address: Freepost RTST-EKES-GCGK, Community fundraising, British Red Cross, 44 Moorfields, London, EC2Y 9AL Online condolences may be made at www.jamesfuneralhomelkn.com.

Mr. Michael Alan Churchyard, 79, of Cornelius, passed away Tuesday May 3, 2022. Mike was a native of London, England and moved to North Carolina for retirement in 2008. Mike&#8217;s career began when he apprenticed as a shipwright in Her Majesty&#8217;s... View Obituary & Service Information

The family of Michael Churchyard created this Life Tributes page to make it easy to share your memories.

Send flowers to the Churchyard family.