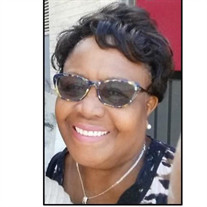 Paula Andrea is the name given to the first daughter of Victor Ovid Blackman and Lydia May Blackman when their beautiful baby girl was born on February 3rd, 1949 in Georgetown, Guyana. As Paula Andrea grew up, she was warned to set an example for her two younger sisters, Janis Marcia and Karen Eudora. Her mother’s words were “You’re the big one.” But Paula never sought fame or fortune, those were added onto her as she sought first to pursue Christ and his goodness. Baptized in the Methodist Church Paula, also attended Brethren church teenage programs. She lived her adult life a committed Methodist and served at The Kitty Methodist Church in Guyana. After migrating to the United States in 1989, Paula became an active member and leader at South Orange Vailsburg United Methodist Church in South Orange NJ, then at First United Methodist Church of Montclair and Verona. She recently began to attend Assurance United Methodist Church in Huntersille, NC and was considering membership there. Paula gave of her talents, heart and time to the Greater New Jersey Annual Conference of the United Methodist Church in roles at the conference level as well as the local level, including serving on the Council on Finance & Administration, the Committee on Episcopacy, the Committee on District Superintendency, Personnel and others. She trained as a Lay Speaker and preached at several churches in the Greater New Jersey district. People who knew Paula were not always aware how deeply she was immersed in faith pursuits. She met everyone with a smile, a listening ear, an effusion of warmth and inevitably some delightful cooking. If cooking was one of the gifts Paula shared so generously, her love of gardening brought her equal joy. Paula was all heart. She never publicly brandished professional accomplishments. A graduate of The Bishops’ High School in Georgetown, Guyana, her career started at Queens College, progressed to banking, then to approximately twenty-eight years at the United Nations Children’s Fund in New York from which she retired as a Human Resources Specialist in 2012. She then provided consulting services at a multinational Pharmaceutical Corporation in East Hanover, NJ. Paula thoroughly enjoyed life in her home in West Orange NJ for about twenty-five years and continued to thrive similarly after moving to North Carolina two years ago. Within the restrictions of the pandemic, she joyfully embraced the extended planting season and the thrill of new varieties of plant, embraced family, new friends and re-connected with old ones in the Concord community where she lived. Paula did not expect to die that night. She had plans, some silently hinted at by a telltale stack of baking pans on the kitchen counter. Her last day was filled with church, communion, family togetherness and fun. She was laughing and happy, anticipating her 73rd birthday. Paula’s body died January 31, 2022 and was cremated February 9, 2022 to be buried February 12, 2022. It is the Spirit that gives life. Paula Andrea Blackman embraced eternal life standing on the promises of God in whom she unswervingly believed. She is survived by her sisters Janis (Aubrey) Medas and Karen Blackman Sinclair, nephews Dr. Ryan (Desiree) Medas and Rêné Medas (Stacy Chase), niece Rhea (Kristoff) James, great-niece Jadyn Medas, great-nephews Ryan Medas and Avon James and other family and friends. Rest in Peace, Paula. ♥ A Memorial service will be held Saturday 12th February at 12:30pm at the First United Methodist Church of Montclair and Verona, 24 N Fullerton Ave, Montclair, NJ 07042, thence to Rosedale Cemetery, 408 Orange Rd, Montclair, NJ 07042. Memorial donations may be made to: First United Methodist Church of Montclair and Verona, 24 N Fullerton Ave, Montclair, NJ 07042 https://www.firstmontclair.org/give.html and Assurance United Methodist Church, 9700 Mount Holly Huntersville Rd Huntersville, NC 28078, https://www.assuranceumc.org/give. Livestream service at Facebook https://www.facebook.com/firstmontclair/ YouTube https://www.youtube.com/channel/UCUR1bJEBBotXuG5T8QvwUKA James Funeral Home is assisting the family, online condolences at www.jamesfuneralhomelkn.com.

Paula Andrea is the name given to the first daughter of Victor Ovid Blackman and Lydia May Blackman when their beautiful baby girl was born on February 3rd, 1949 in Georgetown, Guyana. As Paula Andrea grew up, she was warned to set an example... View Obituary & Service Information

The family of Paula Blackman created this Life Tributes page to make it easy to share your memories.

Paula Andrea is the name given to the first daughter of Victor...

Send flowers to the Blackman family.