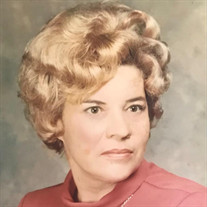 Peggy Chason Smith, 88, of Clayton, NC, passed away at home on Monday, January 17, 2022, following a year-long battle of metastatic lung cancer. She was born in Hoke County, NC, on October 28, 1933, and was the daughter of the late James Harold and Leona MacFadgen Chason. Peggy met and married her late husband, Howard Smith, in Charlotte, NC. They had three children together and were married for 55 years. Their last home together was in Matthews, NC. After Howard passed in 2008, Peggy moved in with a daughter and resided in Raleigh, NC; Ormond Beach, FL; and finally in Clayton, NC. Peggy is survived by her children Jeff Smith of Tega Cay, SC, Elizabeth Anthony of Clayton, NC, and predeceased by Alice Orr of Mt. Crogan, SC; her grandchildren Jennifer West of Rock Hill, SC, Sarah Anthony of Durham, NC, Micah Orr of Rock Hill, SC, Katelee Orr of Chesterfield, SC, Andrew Anthony of Wake Forest, NC, Oliver Smith of Tega Cay, SC, Zach Smith of Tega Cay, and extended family Christopher Rushing of Charlotte, NC, and Mitchell West of Columbia, SC; five great grandchildren Hailey Johnston, Ethan West, Marissa Brown, Ezra Rushing and Grayson Rushing, and predeceased by Matthew West; and two great-great grandchildren Isabelle West and Adeline West. She is survived by her sister Mary Shelton of Myrtle Beach, SC, and her brother Daniel (Danny) Chason of Lumber Bridge, NC. She was predeceased by her sister, Zelda Ayscue, and brothers Harold (Hallie) Chason and Ronald (Ronny) Chason. Peggy retired from Timewarner Cable in Charlotte, NC, and was a North Carolina Real Estate Broker for over 30 years. She never met a stranger and befriended everyone she met. She was loved very much and will be sorely missed. Peggy's family held a private Celebration of Life ceremony in Rock Hill, SC, on February 26, 2022. A public Celebration of Life and graveside ceremony for both Peggy and Howard will be held at 1:00 PM on Saturday, April 30, 2022, at the Chason Family Cemetery, 1551 Chason Road (Hoke Co.), Lumber Bridge, NC. In lieu of flowers, Peggy requested that donations be made to a charitable organization or to someone you know in need. The family would like to thank the nurses and staff at Amedisys Hospice for the special care they gave Peggy during her final days; the physical therapists at Amedisys Home Healthcare during 2021, and last but not least, Dr. Jennifer Garst at Duke Cancer Center Raleigh. Condolences can be made online at jamesfuneralhomelkn.com.

Peggy Chason Smith, 88, of Clayton, NC, passed away at home on Monday, January 17, 2022, following a year-long battle of metastatic lung cancer. She was born in Hoke County, NC, on October 28, 1933, and was the daughter of the late James Harold... View Obituary & Service Information

The family of Peggy Chason Smith created this Life Tributes page to make it easy to share your memories.

Send flowers to the Smith family.