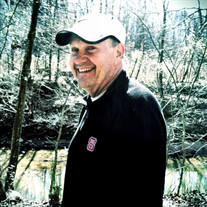 Philip Warlick Sears was born July 5th, 1951 in Durham, North Carolina. He was raised in Morrisville, North Carolina and spent summer vacations at the family mountain home in Marion, North Carolina where he loved boating and skiing on Lake James, and he also enjoyed family trips to White Lake. Prior to graduation from grade school, Philip worked in the family business for his father, Cecil Sears, at the Red & White Store. And by his senior year he purchased his pride and joy, a 1961 white Corvette with a license plate that read Michelle. He graduated with Honors from Cary High School Class of 1969 and began his Bachelor Degree of Science in Business Management from North Carolina State University. Just one year into college, Philip married his high school sweetheart, Michelle Hayes, and completed his B.S. accomplishing the Dean’s List his last three years. Immediately following graduation, Philip was offered a sales position with Oscar-Mayer Foods where he dedicated his entire career for over thirty-five years. Philip excelled in the food sales industry and began as a Retail Sales Manager in Kansas City. He was promoted numerous times throughout his career and every promotion brought on a new challenge for Philip in a new location, including: Jacksonville, FL, Raleigh, NC, Tyler, TX, Boca Raton, FL, Kansas City, KS, Atlanta, GA and retired in Charlotte, NC. His positions included (but not all listed) Operations Division Manager, Food Lion Customer Business Manager (which was one of the largest sales volume accounts in the nation) and he retired as a Regional Sales Manager for the entire Southeast United States region. In addition to sales, Philip was also passionately involved in the community and many fundraising projects. Most notably was his Rookie Ball Program where he worked closely with the Kansas City Royals and was titled, “the Commissioner” of The Rookie Ball Program by former Vice President and General Manager of Kansas City Royals, John Schuerholz. After three years of devoting his hardwork in Kansas City, Oscar-Mayer was bought by Kraft General Foods in 1989. And in a letter to Philip after being promoted and upon moving to Atlanta in early 1990, John Schuerholz praised Philip stating the Rookie Ball Program was the very best kids baseball program in existence. Coincidentally, shortly after Philip and his family moved to Atlanta where he became the Regional Sales Manager, John Schuerholz and his family moved to Atlanta where he became the General Manager of the Atlanta Braves. They were reunited again and happily continued their fundraising efforts together. After moving to Charlotte, Philips most devoted fundraising project was supporting the Easterseals. Over several years, Philip generated a lot of funding and recognition by hosting an annual golf tournament. Every year it became more of a success and Philip felt honored to provide help to individuals in need. Throughout Philip’s career, he and his company would often win trips, and Philip would make an extra effort that families were to be included on the trips as well. He always focused on the importance of family and making memories that would last a lifetime. Philip may have been a very dedicated and successful businessman, but he was also a devoted loving husband, father, brother, uncle and son. He was a very kind and generous soul that would do anything he could for anyone in need. He loved taking trips abroad and road trips: whether for work, travel, visiting family or simply shopping at his favorite malls in Atlanta. He had an ear for good music and loved to rock n' roll, especially to classic rock bands such as: The Allman Bros, CCR, The Rolling Stones, Traveling Wilburys, Jackson Browne and so many more of the greats. Philip was even in a band with his brother and fellow friends as a teenager where he played the cornet. He shared his love for music to both his wife and children who cherish the memories and are able to live on in his glory through classic tunes he ingrained in their hearts. Philip became an avid runner in his later years and enjoyed the special bonds he shared with the family furbabies: Butch, Tiki Sioux, Bogey Bear, Dagwood, Chipper Dude and Boomer Baby. He was very much a family man enjoying holidays and as many celebrations as he could with his family, brothers and sisters. Just this year, July 16th, 2020, Philip and Michelle celebrated their 50th Wedding Anniversary. Philip fought an impossible battle with Alzheimer's for nearly thirteen years. He was a true warrior but lost his battle October 31st, 2020. In addition to his parents, Hubert Cecil Sears Jr and Katherine Sears, Philip was preceded in death by his beloved son, Christopher Kyle Sears. Philip is survived by his wife, Michelle Hayes Sears, and daughter, Ashley Renee Sears of Charlotte, NC; His brother Hubert Cecil Sears I and his wife Deenie Sears of Fuquay-Varina, NC; His sister, Elizabeth Leo Sears of Raleigh, NC; His sister, Kathy Gregory, and husband, Barry Gregory of Angier, NC. There is no service scheduled at this time. There will be a Memorial Luncheon held at a later date in 2021. Thank you for your support and condolences during this difficult time. Arrangements and cards can be sent to: Michelle and Ashley Sears 2913 Symphony Woods Drive Charlotte, NC 28269 If you would like to contribute to Philip’s Tribute Page via Alzheimer’s Association: A tribute page is a meaningful and lasting way to honor a loved one and be part of the movement to end Alzheimer’s. Every dollar donated through Philip’s tribute page makes a difference for families affected by Alzheimer’s, while helping to advance research for effective treatments and, ultimately, a cure. You can locate his page by following: https://www.alz.org/get-involved-now/other_ways_to_give/tributes and then enter his name. Below is a direct link to Philip’s Tribute Page: https://act.alz.org/site/TR/Events/Tributes-

The family of Philip Sears created this Life Tributes page to make it easy to share your memories.

Send flowers to the Sears family.