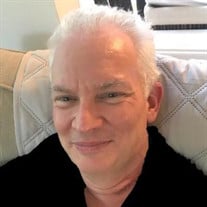 It is with deep sorrow we mourn the passing of our beloved Richard A. Smith, of 15441 Britley Ridge Drive, Huntersville, N.C. on Thursday May 19, 2022 surrounded by his family. Richard was born on September 23, 1969 in Washington, D.C. Richard graduated from Powhatan High School in 1987 and in 1988 he enlisted in the U.S. Navy in their nuclear power program. His first duty assignment was aboard the cruiser, USS South Carolina. In September 1991, Richard met the love of his life Dorothy, and they were married in April, 1994, while he was still serving in the Navy. His next naval duty assignment was aboard the aircraft carrier U.S.S. George Washington. He completed his service in January 1997. Richard first civilian job was at the North Anna Nuclear Power Plant. Then in 2000, he and Dorothy moved to Huntersville, N.C. where he was employed by Duke Energy at the McGuire Nuclear Power Plant. Richard made friends easily and loved spending time with them. Richard was a big kidder and no one was immune from his wit and sarcasm with laughter as his main goal. Richard loved hosting parties with plenty of food and drink. Everyone was welcome and no one would ever leave without having a good time. His favorite place to visit was the beach, specifically, the Outer Banks. Every year, time was spent there with his wife, daughter, son-in-law and his precious granddaughters. Also, once a year he and his wife would travel to New Jersey to spend time with his beloved Italian family. Richard was always there for his family and friends; nothing was too big or too small to ask of him. Whatever you needed Richard to do, he did with love and care in his heart. The world lost the greatest husband, father, grandfather, cousin, and friend. The legacy of Richard’s kind spirit, generosity, strength, love of family and friends, and selflessness will continue to live through his granddaughters, Emma and Ashlynn. There was so much more to him than words could express. We would like to thank Richard’s wonderful and compassionate care team of nurses, doctors, physical therapists, aides, respiratory therapists, and physician assistants. Finally, special thanks to friends, who helped with his comfort and gave support to Dorothy. He is preceded in death by his grandfather, Anthony DiGiulio. He will be lovingly remembered by his wife and best friend Dorothy Smith of 28 years; daughter, Kara Hall, son-in-law Randy Hall, granddaughters, Emma Hall and Ashlynn Hall of Hampton, Virginia; cousins, Diane DiGiulio, Gloria Ghoneim, Janice Pescatore and Peter DiGiulio of New Jersey; Jimmy Gantt of Denver, N.C.; many other loving relatives from Maryland to New Jersey; and by Richard’s many wonderful friends who he thought of as family. In lieu of flowers, the family requests donations to be made to Dream Catchers at Cori Sikich Therapeutic Riding Center of Williamsburg website; dreamcatchers.kindful.com or Rett Syndrome Rett Trust; reverserett.org

It is with deep sorrow we mourn the passing of our beloved Richard A. Smith, of 15441 Britley Ridge Drive, Huntersville, N.C. on Thursday May 19, 2022 surrounded by his family. Richard was born on September 23, 1969 in Washington, D.C. Richard... View Obituary & Service Information

The family of Richard Allen Smith created this Life Tributes page to make it easy to share your memories.

It is with deep sorrow we mourn the passing of our beloved Richard...

Send flowers to the Smith family.