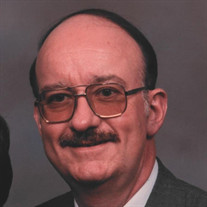 Dr. Robert Douglas “Bob” Ruth was born on December 6, 1943 and passed away on May 16, 2022 peacefully with his family. The only child of Robert Adam and Elizabeth Dobbins Ruth, he was raised in Lockport, New York. He received his Bachelors of Art degree in Sociology from SUNY, his Masters Degree and Doctorate from Duke University. He is survived by his wife Joyce, his son Rob, his son’s wife Stephanie, his granddaughter Emma. Bob and Joyce met in 1978 as Joyce had just moved to Charlotte and was a new professor at UNC Charlotte School of Nursing. They both had so much in common as professors and they were married in 1980. At that time they became a family of three with their son Rob who was the ring bearer at their wedding. Bob loved family and doing things together. They enjoyed going on vacations across the US and Bob was also an assistant scout master while Rob was in scouting. Bob was very pleased when Rob met Stephanie their daughter in law. When their first and only granddaughter was born, Bob and Joyce were overjoyed that they had a new “Baby Ruth” and they both handed out Baby Ruth candy bars at work. Bob started teaching Sociology at Davidson College in 1971 and continued to teach for 44 years. As a professor he cared about his community and researched counter terrorism so that he could help local, state and federal law enforcement. Throughout his career he served as an NC Criminal Justice Commissioner, a member of the Southeastern Criminal Justice Association and received the NC Criminal Justice Educator of the year in 1993. Bob was an active member of Davidson United Methodist Church, He attended Adult Bible Study Sunday School Class for over 30 years, served as an usher and as a communion servant. He also routinely met weekly with a men’s group for breakfast that included many members of his Sunday school class. A Celebration of Bob's life will be held at 11 a.m. Monday, May 23 at Davidson United Methodist Church Chapel. In lieu of flowers the family would ask that you consider donations to Novant Hospice, Davidson United Methodist Church and St. Jude Children’s Hospital. James Funeral Home is assisting the family, online condolences may be made at www.jamesfuneralhomelkn.com.

Dr. Robert Douglas &#8220;Bob&#8221; Ruth was born on December 6, 1943 and passed away on May 16, 2022 peacefully with his family. The only child of Robert Adam and Elizabeth Dobbins Ruth, he was raised in Lockport, New York. He received his... View Obituary & Service Information

The family of Robert Ruth created this Life Tributes page to make it easy to share your memories.

Send flowers to the Ruth family.