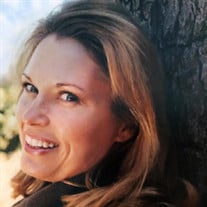 Sharon Marie Johnston of Mooresville, North Carolina, age 81, died Wednesday, May 19th after a long battle with Parkinson’s disease. She was born June 13, 1939, in Alhambra, California, to Dr. Samuel Henry Coombs and Lorayne Elisabeth Swartout. She was the oldest of six siblings: Randall, Pamela, Derek, Alison and Kevin. Sharon graduated from South Pasadena High School and attended Occidental College and La Sierra College. She married John (Johnny) Harry Culp, Jr., when he was a medical student at Loma Linda University in southern California. After several years in California, Connecticut and Florida, Sharon and Johnny moved to Charlotte in 1969 to settle down and raise their young family. She was a devoted homemaker and mother to her four children. She also volunteered for the Charlotte Symphony and Charlotte Youth Symphony for many years. Sharon was a talented musician. She could play music “by ear” and had perfect pitch. She was an accomplished pianist and organist, and could play the harpsichord if one was available. She was also a talented artist, poet and fiction writer, although in her humility, did not often share these talents publicly. Sharon was a voracious reader and especially loved mysteries and historical fiction. It was very rare to discover a book with which she was not familiar. In addition to reading, she loved doing logic puzzles, gardening, listening to jazz and classical music, and keeping up with current events. She was known to all for her patience, kindness, intelligence, selflessness and quiet demeanor. After her divorce at age 40, Sharon went back to Queens University in Charlotte, studying English literature, and graduated Magna Cum Laude. She then had a long career in public relations, initially working for non-profit organizations. She served as Public Relations Director for the Charlotte Mecklenburg Public Library during the construction of the new uptown branch and the expansion of the library throughout Mecklenburg County. She married Douglas Lee Johnston in 1992. After her retirement from the library, Sharon and Doug moved to Panama City, Florida, where she took another job in public relations with the local senior center, a job where she felt the most fulfilled by her ability to serve others. She and Doug moved back to the Charlotte area in recent years to be closer to her children and grandchildren. Sharon’s greatest love and devotion was to her large family and she was happiest in their company. She is survived by her loving and devoted husband Doug Johnston. She was a proud mother and is survived by her four children: Christopher John Culp (Heather) of Charlotte, Susan Culp Sanders (James) of Davidson, Stephen Jay Culp (Meg) of Atlanta and Derek Samuel Culp (Elizabeth) of Saipan, North Mariana Islands. Her first son, John Harry Culp, III (Trippy), died in 1960. She was a loving “Nana” to her nine grandchildren: Jessica and Christopher Culp, Tyler Leach and Michael Sanders, Leo and Avery Culp, and Sam, Mimi and Eliza Culp. She has three great granddaughters, Tatum Marie and Makena Grace Leach, and Adalyn Marie Schultze. The family thanks Liberty Commons in Salisbury for the care it provided in Sharon’s final months. A memorial service will be held in her honor on Saturday, June 5th at 2:00 PM at James Funeral Home in Huntersville, North Carolina. James Funeral Home of Huntersville, NC is serving the family of Mrs. Johnston and online condolences can be made to jamesfuneralhomelkn.com.

The family of Sharon Johnston created this Life Tributes page to make it easy to share your memories.

Send flowers to the Johnston family.