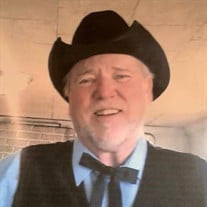 Ted Alley, 85, of Cleveland, NC, passed away Wednesday, October 14, 2020. Ted was a native of Huntersville, NC. He was a retired JV Baseball Coach for North Mecklenburg High School, having previously coached community Little League, Pony League, and American Legion Baseball. Ted was an avid lover of baseball not only coaching but also playing the game. His real love of the game was teaching the kids. Ted loved singing, had his own band, and performed many years as the front man at Lake Norman Music Hall. He briefly served in the U.S. Air Force. Ted loved his family, his God, and his friends. His pride and joy was his children, grandchildren and great-grandchildren. Ted was preceded in death by his parents, Harley and Ollie Alley, and a sister, Linda Erwin. Mr. Alley is survived by his wife of nearly 59 years, Carol, their children: Monte (Laurann), Scott (Rebecca), Kelly Royston (Jeff), sister, Sherrie Riley, five grandchildren and 5 great-grandchildren. Funeral services will be held at 6 p.m. Thursday, October 29 at James Funeral Home. The family will receive friends following the service. Committal services will be held at 9 a.m. Friday, October 30 at Salisbury National Cemetery. Online condolences may be made at www.jamesfuneralhomelkn.com.

The family of Ted Alley created this Life Tributes page to make it easy to share your memories.

Send flowers to the Alley family.