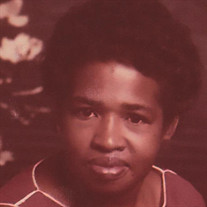 Villet Icilda Graham Jones was born to parents Clifford and Oriel Graham, in Belize City, Belize on November 26th, 1933 along with her twin brother Maurice Graham (who preceded her in death). She will forever be known as one of “Mr. Graham’s Daughters”. After her graduation from St. Hilda’s College, Villet worked as a legal secretary in her native Belize. She was married to Herbert Bobbington Jones (who preceded her in death), and from this union they had two children, Beverly Annemarie Jones Clark and Herbert Bobbington Jones Jr. Villet and her family immigrated to Brooklyn, New York in 1964. She was employed in the Accounting Department at New York Presbyterian (formerly Beekman Downtown Hospital) located in Lower Manhattan, New York. Every day during the summer months when you became age appropriate, she would take her teenage nieces and her daughter Beverly to work with her at this hospital as volunteers (Candy Stripers in those days) passing out reading materials and snacks to patients. It was the “Graham’s Girls” ways of keeping tabs on their children. Villet decided to take early retirement from Beekman Hospital because she wanted to pursue her dream of becoming a registered Nurse. She went back to college and graduated from Queensborough Community College with a degree in Nursing in 1989. Villet retired from nursing in 1999, when she worked at Elmhurst Hospital in Queens, New York. We, the family of Clifford and Oriel Graham, are very thankful, grateful, and appreciative of her being the dedicated caregiver for her much-loved parents in New York, until they were called home to be with our Heavenly Father (Dad 1999 and Mom 2003). Villet eventually moved to North Carolina in 2014 along with her daughter Beverly, and son in-law Theodis. Villet was elegant, confident, overflowing with kindness, and personable, but a very private individual who also provided great advice and counsel to her family, and friends. Oh, how she made each of us light up with infectious laughs. One of her favorite quotes was “you know I got this covered”. Our dear Villet was an avid runner, even after retirement, up until her Alzheimer's diagnosis. Villet loved our lord Jesus Christ and she loved the Lord’s people. She served Jesus Christ and his people for many decades as a member of The Church In New York City Jamaica Estates, New York. Villet leaves behind to cherish and celebrate her memory: Her daughter - Beverly Jones Clark (Theodis), her son Bob Jones (Claudette); Grandchildren - Jessica, Janice, Joshua and; four great grandchildren; siblings - Rita Rogers, Phyllis Cadle, Godwin Graham (Shirley), Gilbert Graham (Josephine), Henry Graham, Catherine Graham, Blanche Graham and Barbara Graham Clark. Villet was preceded in death by her sister Lilly Lemonte, two brothers Maurice Graham and Eric Graham. She is also survived by her aunt Elswith Hall -- her Mother Oriel’s last surviving sister. Villet was loved by a host of nephews, nieces, cousins, and friends. The family will receive friends from 1 p.m. until 3 p.m. with funeral services starting at 3 p.m. Saturday, May 1 at James Funeral Home. Committal will follow at NorthLake Memorial Gardens. Following burial, a catered repass will be held at James Funeral Home Community Room. Online condolences at www.jamesfuneralhomelkn.com.

Villet Icilda Graham Jones was born to parents Clifford and Oriel Graham, in Belize City, Belize on November 26th, 1933 along with her twin brother Maurice Graham (who preceded her in death). She will forever be known as one of &#8220;Mr. Graham&#8217;s... View Obituary & Service Information

The family of Villet Jones created this Life Tributes page to make it easy to share your memories.

Send flowers to the Jones family.