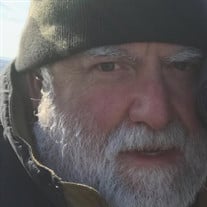 William Dwayne Martin, 57, of Charlotte, passed away on Sunday, February 7, 2021. He was born on October 2, 1963, in Charlotte, North Carolina, to the late William and Evelyn Dwayne “Big Daddy”, was a life long mechanic, best darn mechanic around. To say he enjoyed fishing would be an understatement as he spent many birthdays, holidays & even breaks between chemo with a rod in hand. He also enjoyed mowing his land in the country, helping on the family farm & taking spur of the moment trips with Debbie. To have Dwayne as a friend was truly an honor, he would go to the ends of the earth for his family & friends. In addition to his parents, Dwayne was preceded in death by his brothers, Tony and Randy Martin. Dwayne is survived by his wife, Debbie Martin; sisters, Lisa Johnson (Gary) and Cyndee Davidson (Bill); brother, Michael Martin (Margaret); father in law, Frank Cartner; brother in law, Johnnie Cartner (Twyla Burks); good friend and fishing buddy, Rusty Wallace (Connie) and his children, Braden and Ruby; and many nieces, nephews, cousins, and numerous friends. Family will have a private service in honor of Dwayne at a later date. In lieu of flowers, memorials may be made to “The Assistance Fund” at Mallard Creek Presbyterian Church in memory of Dwayne Martin. James Funeral Home, of Huntersville, is serving the family.

The family of William Martin created this Life Tributes page to make it easy to share your memories.

William Dwayne Martin, 57, of Charlotte, passed away on Sunday,...

Send flowers to the Martin family.